I explore visual manifestations of paradox: light and darkness, motion and stillness, materiality and immateriality coexisting within the same object or image. I create situations where seeing and knowing come together at a sharp edge; the experience of the work balances on that edge. To hold two opposing ideas in mind at once is a valuable and powerful act. It enables empathy; it is an antidote to extremism. It validates doubt as a productive intellectual tool. To see one thing and know another – to grapple with paradox – the mind must find a way to allow for the impossible.

A long table is set with an empty wine glass at one end, and an empty wine bottle at the other. Two video monitors display looped footage, one of a wine glass being filled and refilled, the other of a wine bottle being opened and recorked. The sounds of pouring wine and uncorking bottles emanate from speakers mounted below the table. The objects enact gestures of filling and emptying, pouring out and pouring in, giving and receiving.

The video images are precisely overlaid onto the objects by way of an angled pane of glass at the center of the table, a variation on Pepper’s Ghost, an old stage magician’s illusion. Entertaining Illusion creates a double-sided Pepper’s Ghost, with two independent moving images merged onto two separate objects. The two-sided nature of the piece uncouples the technique from its origins on the stage and creates a metaphorical, two-axis space of oppositions, of X-object and Y-image, X-motion and Y-stillness. 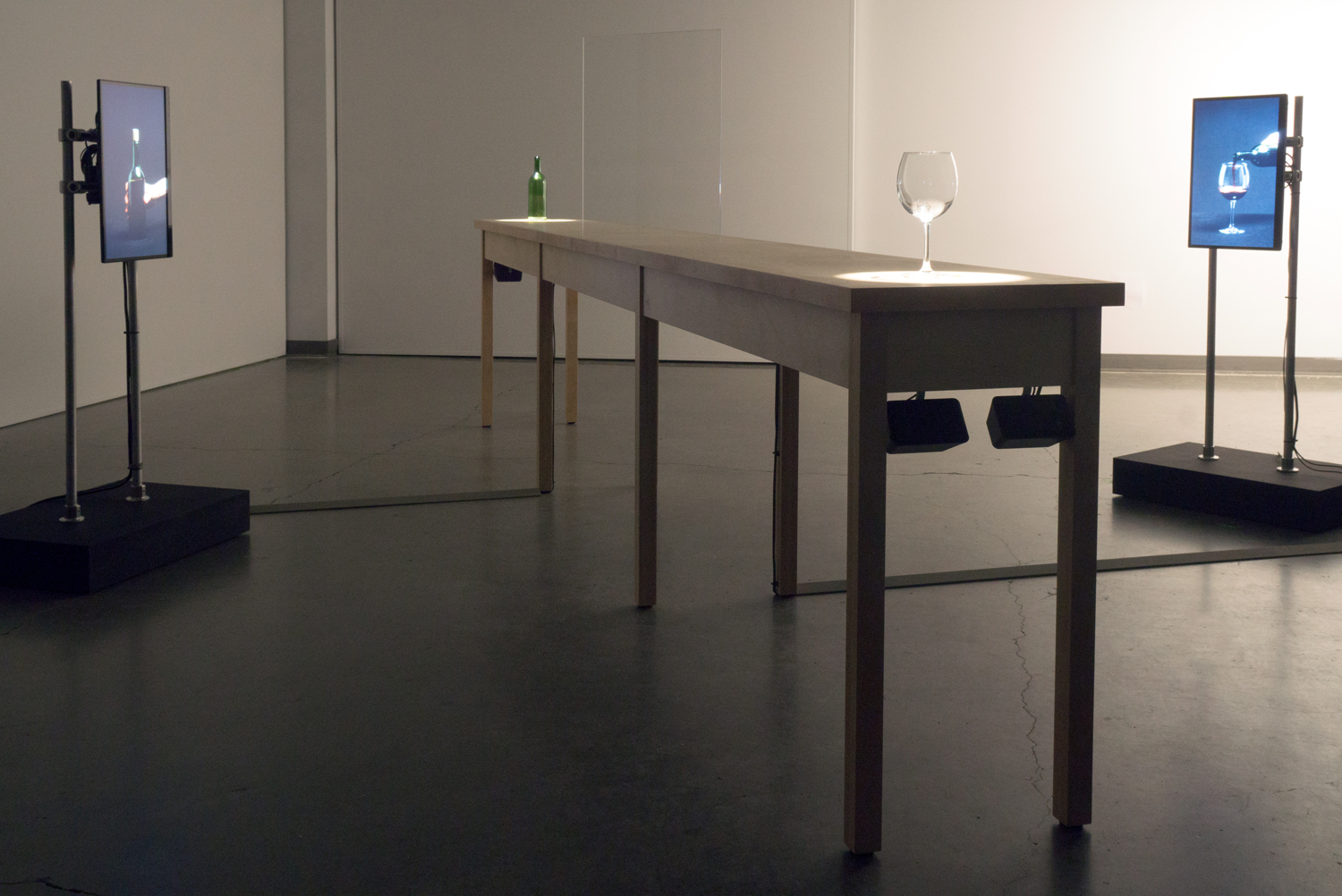 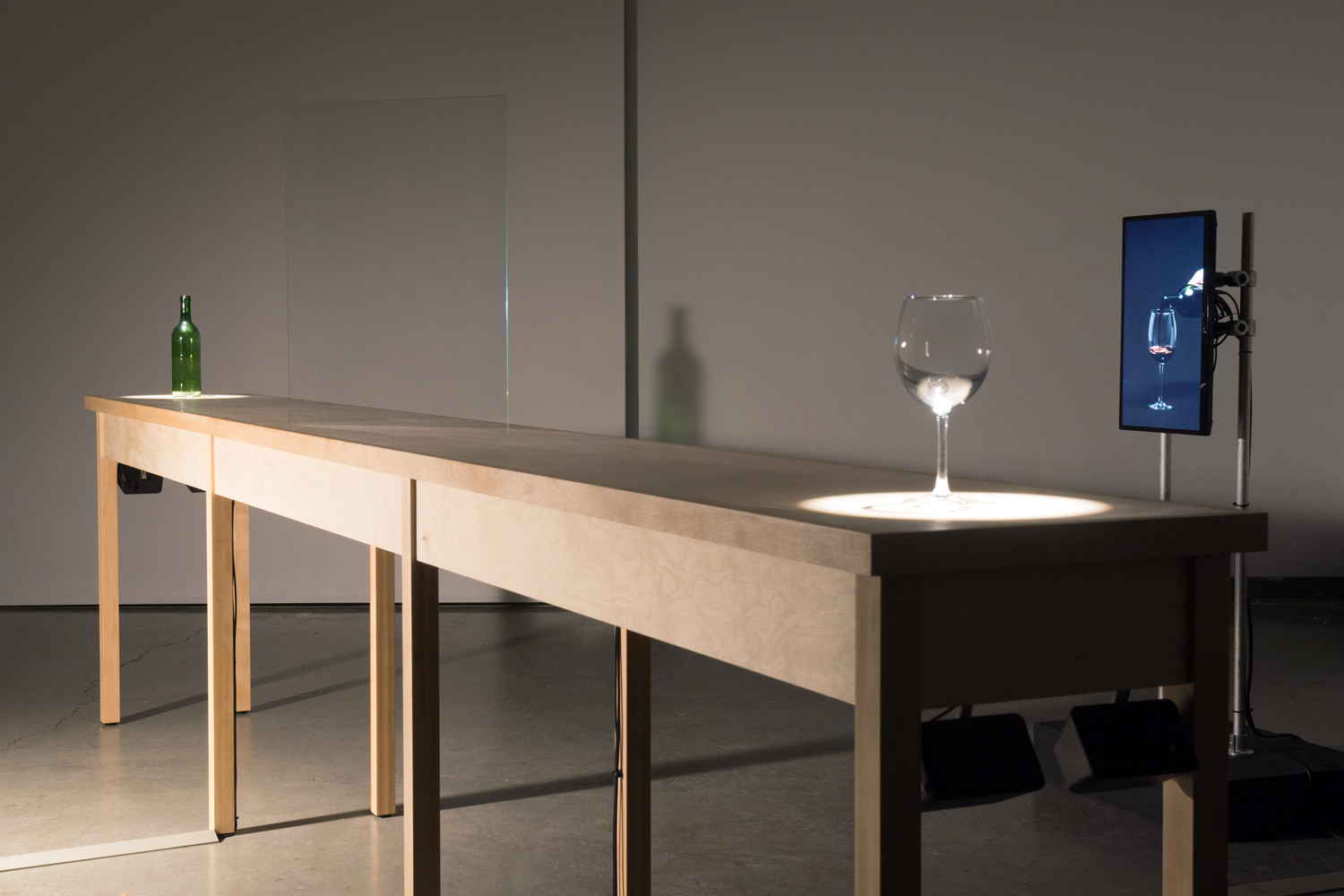 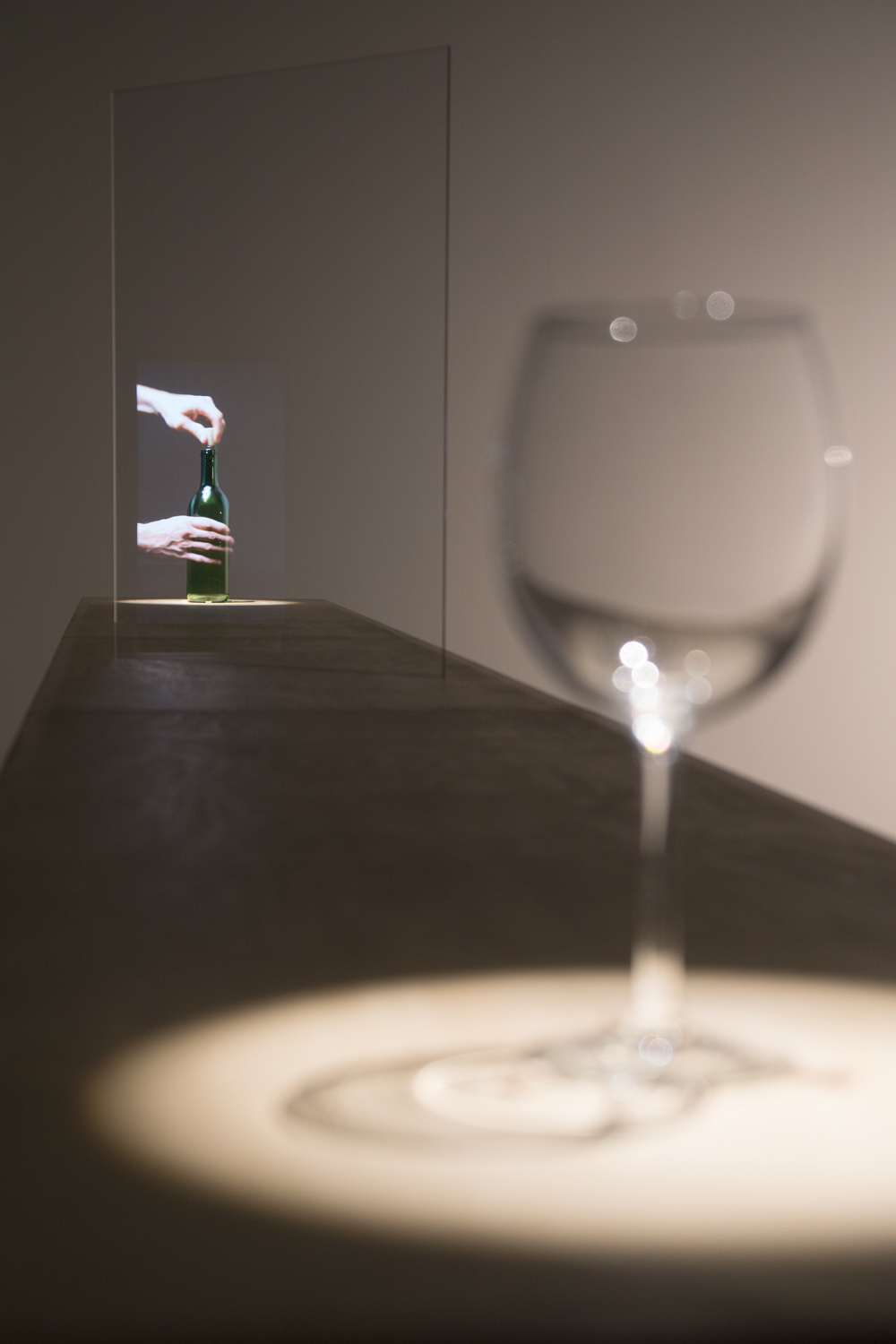