Within a photograph, it is not always clear in which time and space the scene takes place. It can be altered or remain undefined, which gives me the opportunity to change what might happen. As a maker is a search for personal connections towards my subjects. Using my curiosity to dissect my idea about reality. Visually this revolves in suggestive and clear images, in which I play with the boundary of fiction and documentary. This results in imagery where performance, absurdity, and humor shapes the photographic landscape. In the past, I worked with topics like shame, death, fear, and grief.

She is the canary in the coalmine of a dying empire

Losing a parent. What could it look like? A crash? A crime? An accident? Slow or fast?

I hereby present my mom – she stars in her own death scene – and myself: the daughter who is looking for the best possible death. Could it be possible to die together someday, I wondered. Controlling the inevitable: it may seem impossible. However, by attempting to, we may be able to cope with what we fear most.

As a daughter and a photographer, I had the opportunity to master the narrative by placing death on a stage, surrounded by various elements that could interfere with the way my mother might die. Fear and shock linger around like two actors who both want the lead role. And the world as we know it today functions as the décor. It gives me the idea that I am a snake charmer who controls the danger by letting my mom die over and over again. Until we reach the grand finale and ‘control’ itself can be bitten by one of the snakes. 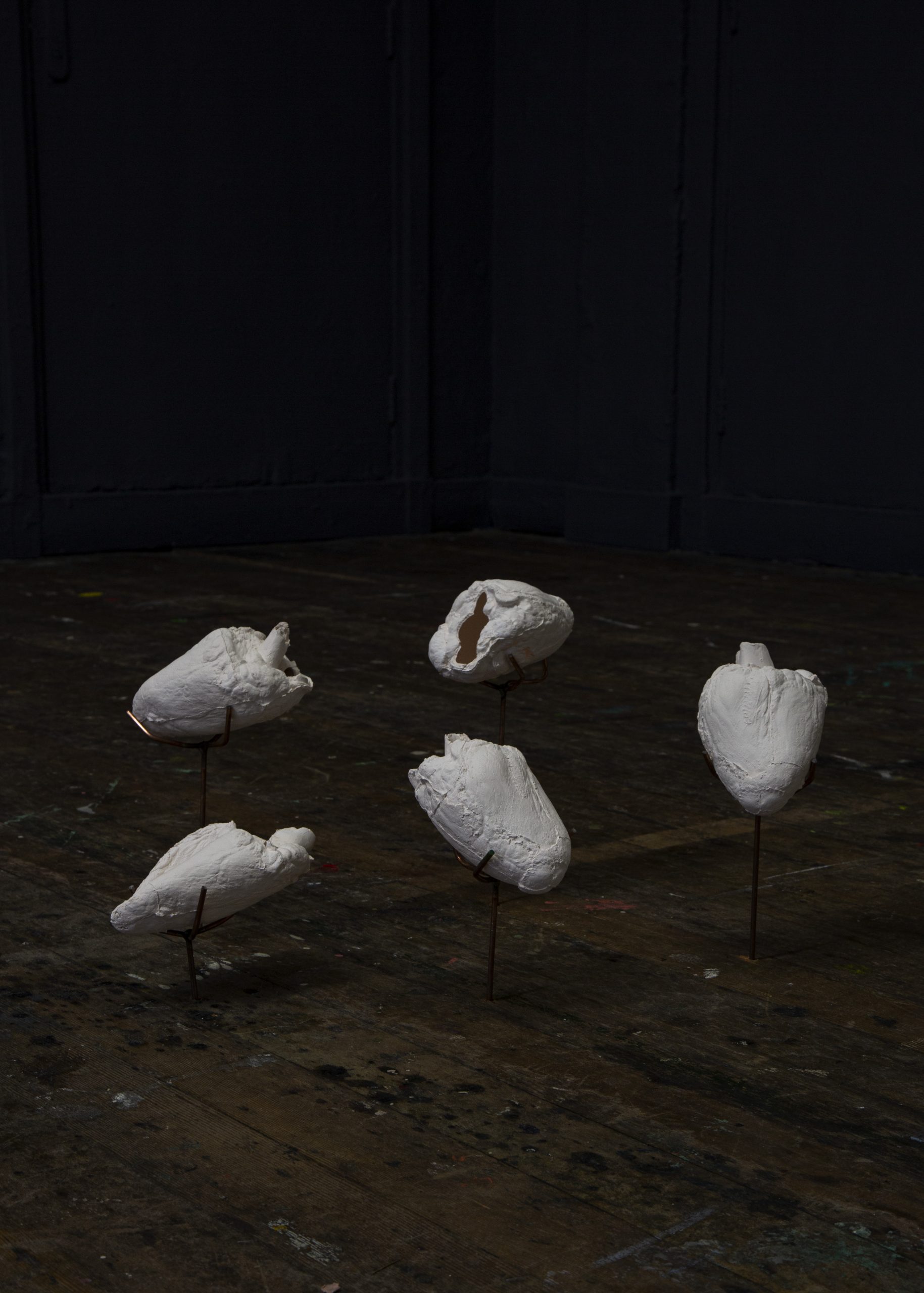 Porcelain heart for every death (The five porcelain hearts are displayed on copper holders. Every heart is standing for one of the future death scenarios of my mom.) 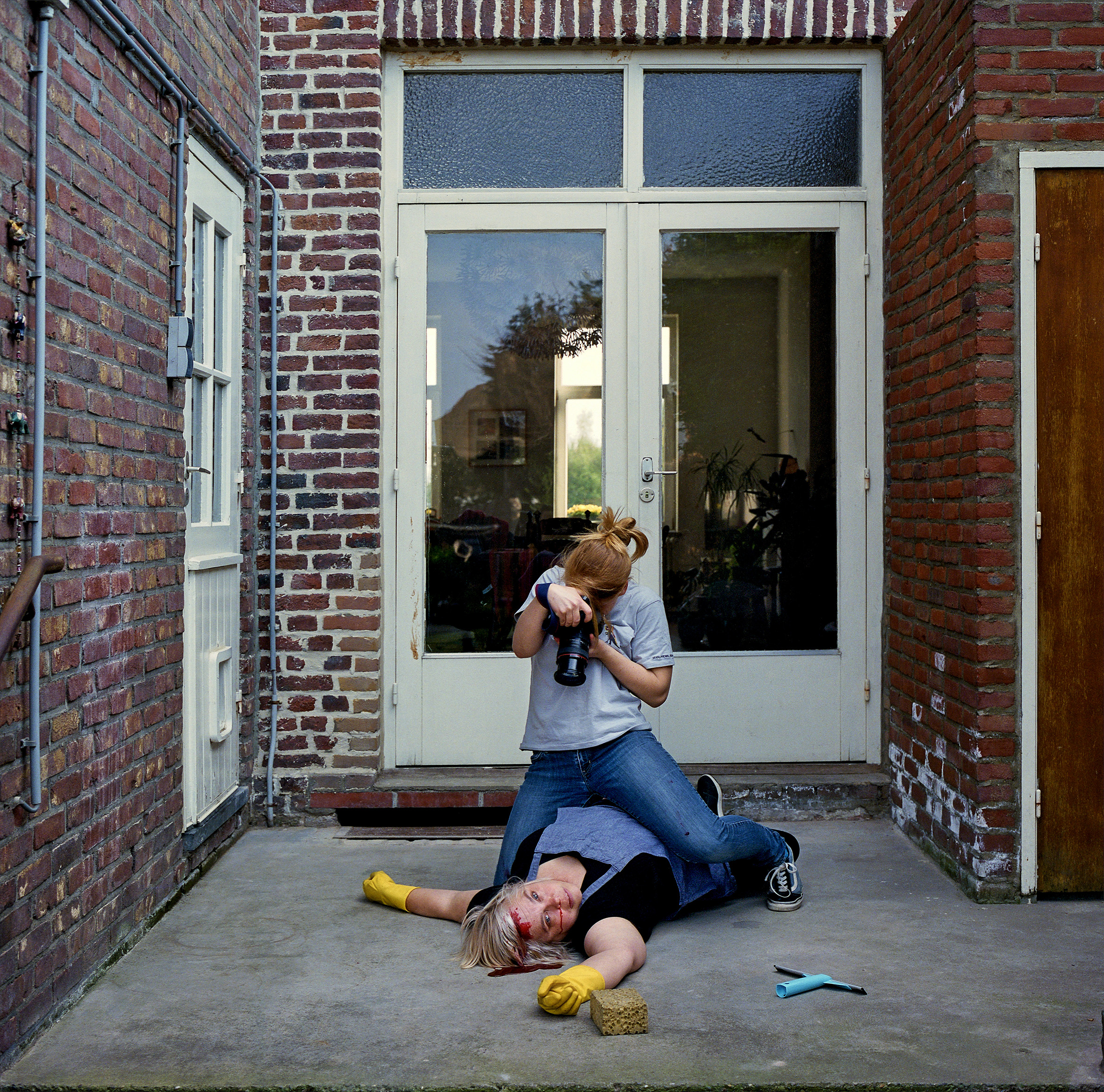 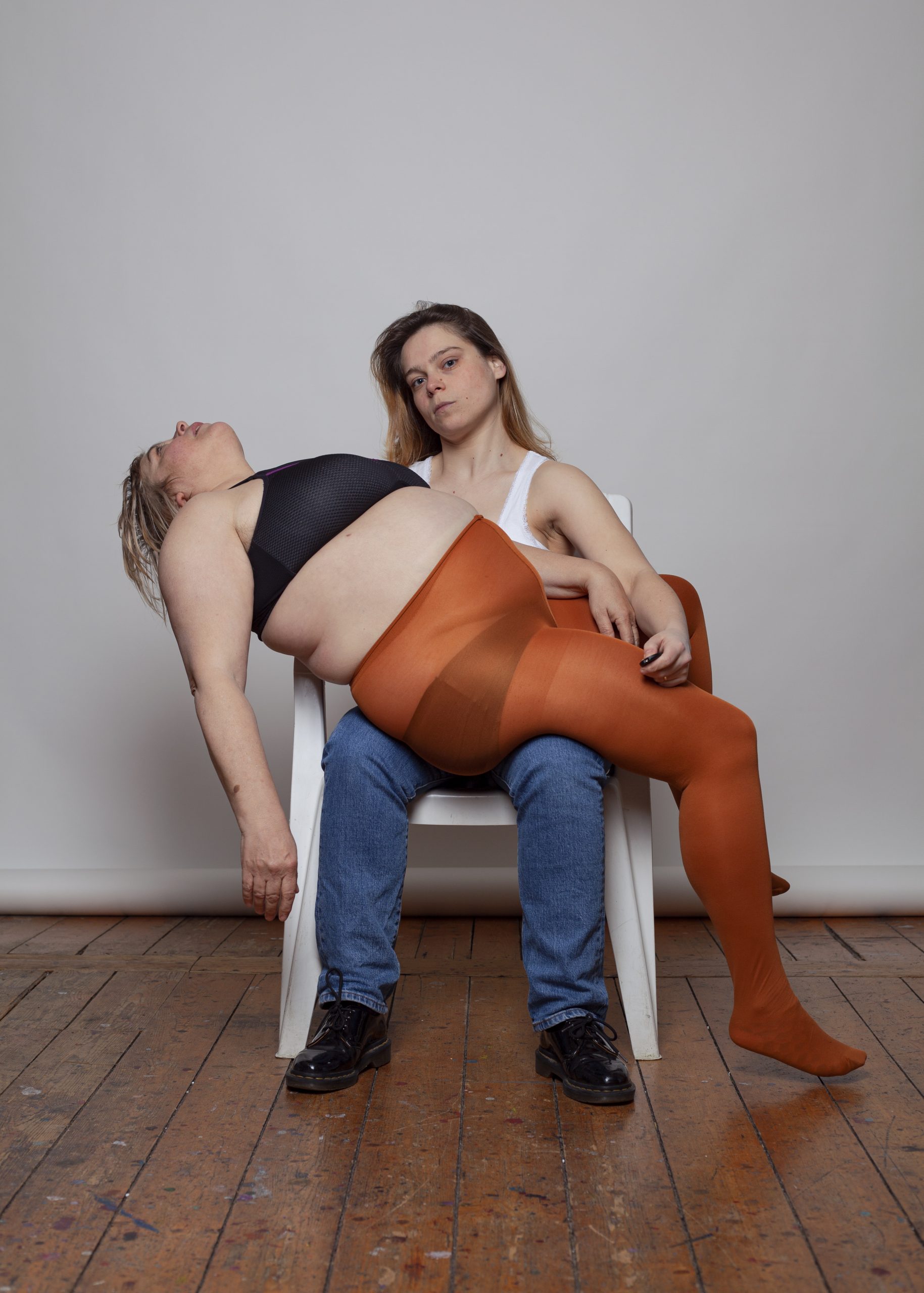