Winner of the NOW YOU SEE IT NOW YOU DON’T award!

Kellie Bornhoft’s (she/her) practice seeks tangible and poetic narratives needed in an ever-warming climate. Bornhoft utilizes sculpture, installation and video to delve into the whelms and quotidian experiences of our precarious times. Scientific data and news headlines do plenty to evince the state of our warming planet, but the abject realities of such facts are hard to possess. Through geological and more-than-human lenses, Bornhoft sifts through shallow dichotomies (such as natural/unnatural, here/there, or animate/inanimate.)

Portage tells a whispered story of the artist seeking out a receding glacier. Starting at the site of a visitor center built 40 years ago at the feet of the glacier the artist skis 3 miles across a frozen lake to glimpse the brilliant blue that has receded since. The journey is one of loss and fear as the whispering voice treads the distance though avalanche warning conditions on an unusually warm Alaskan Spring break up.

Boundless Sediments is a video installation centred on the moving-shaking animacy of the ground called. The common space of ground, the shared layer of earth, has been a crucial topic in measuring and anticipating the warming planet. Geologists and climatologists have staked claims that we are now living in a new epoch, the Anthropocene. Markers of this new era include the ground’s strata infiltrated by plastics, nuclear radiation being measured in the atmosphere in all parts of the world, and mass extinction.

Rocks, although considered to be static, become reactionary in the age of the Anthropocene. This should come as no surprise as we extract from fossil fuels which hold the energy of millennia of once-living beings. A void in conversations surrounding the Anthropocene or climate change is the lack of discussion of the colonial violences of extraction that are responsible for this warming planet.

Colonial logics of measuring, marking, and taking are dangerous. I am interested in the animate and responsive way that the earth moves in refusal. The land shakes and shifts beyond human drawn borders. Boundless Sediments is a two-channel video that uses poetry, ephemeral performance and hand-drawn animation to reimagine our relationship with this pale blue dot. 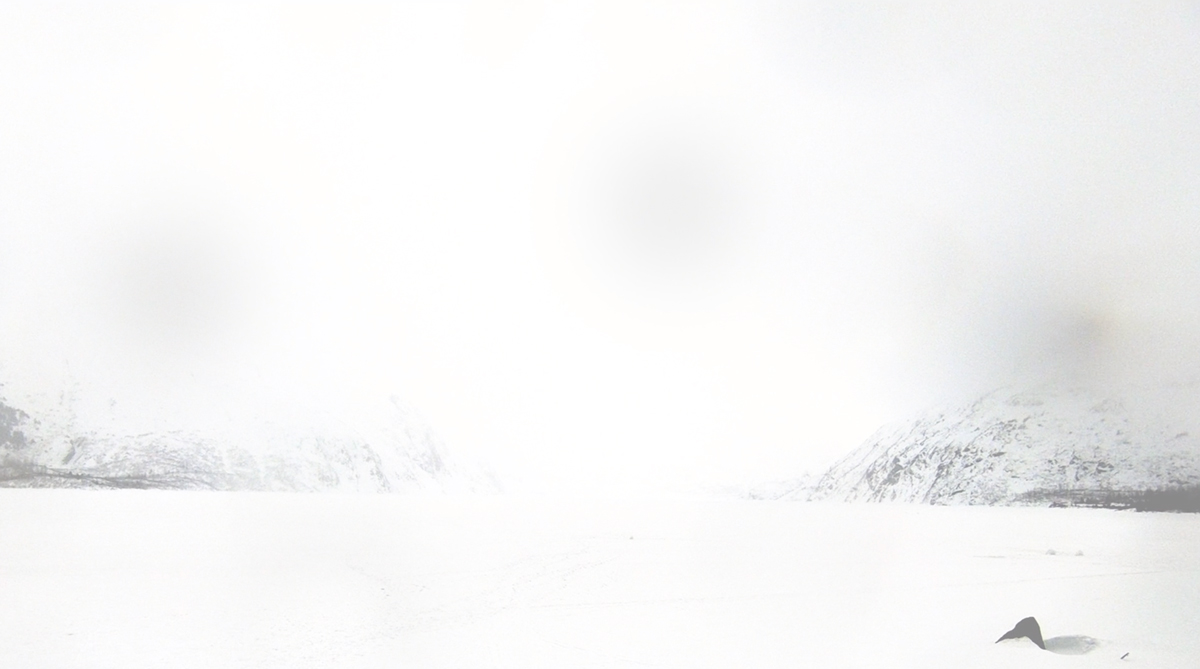