Artist Katie Taylor is a contemporary sculptural installation artist based in Oxford, UK. Katie’s work explores our place in the world, the fragility of life and death and the precariousness of our existence, often using history and historical research as a basis within her work. Katie works in a variety of media to create sculptural installations that explore the interface between materiality and memory, exploring ideas of how we are remembered beyond death by means of our possessions.

In this piece of work, I am exploring unidentified human remains and the societal implications of not being able to name someone. I am considering and questioning whether a liminal presence remains at the site of a death. Gelatine Bioplastic is transparent, ephemeral and malleable. It has a ghostly quality, that can physically embody something that is missing and is barely there. Bioplastic is also biodegradable, slowly breaking down just as bodies do and becoming part of the immediate surroundings. Like humans it is made predominantly of water that slowly evaporates as it dries. Evaporation can also be seen to have ghostly qualities; moisture is held in the air as it evaporates but remains unseen. Such references to the unseen act as a metaphor for the unseen in society, the lonely, the homeless or outsiders as many unidentified people inevitably were.

Clothing and shoes directly and indirectly represent people’s identities and their bodies. These are conscious decisions that define us and determine how we are perceived by others. Items of clothing are also used to help with the identification of an individual, and these items are listed within the entries on the missing persons database as an attempt to help with the identification of our unidentified dead. Shoes particularly embody the idea of transience or movement from one place to another, from one city to another, from life to afterlife, from existence to no longer existing. 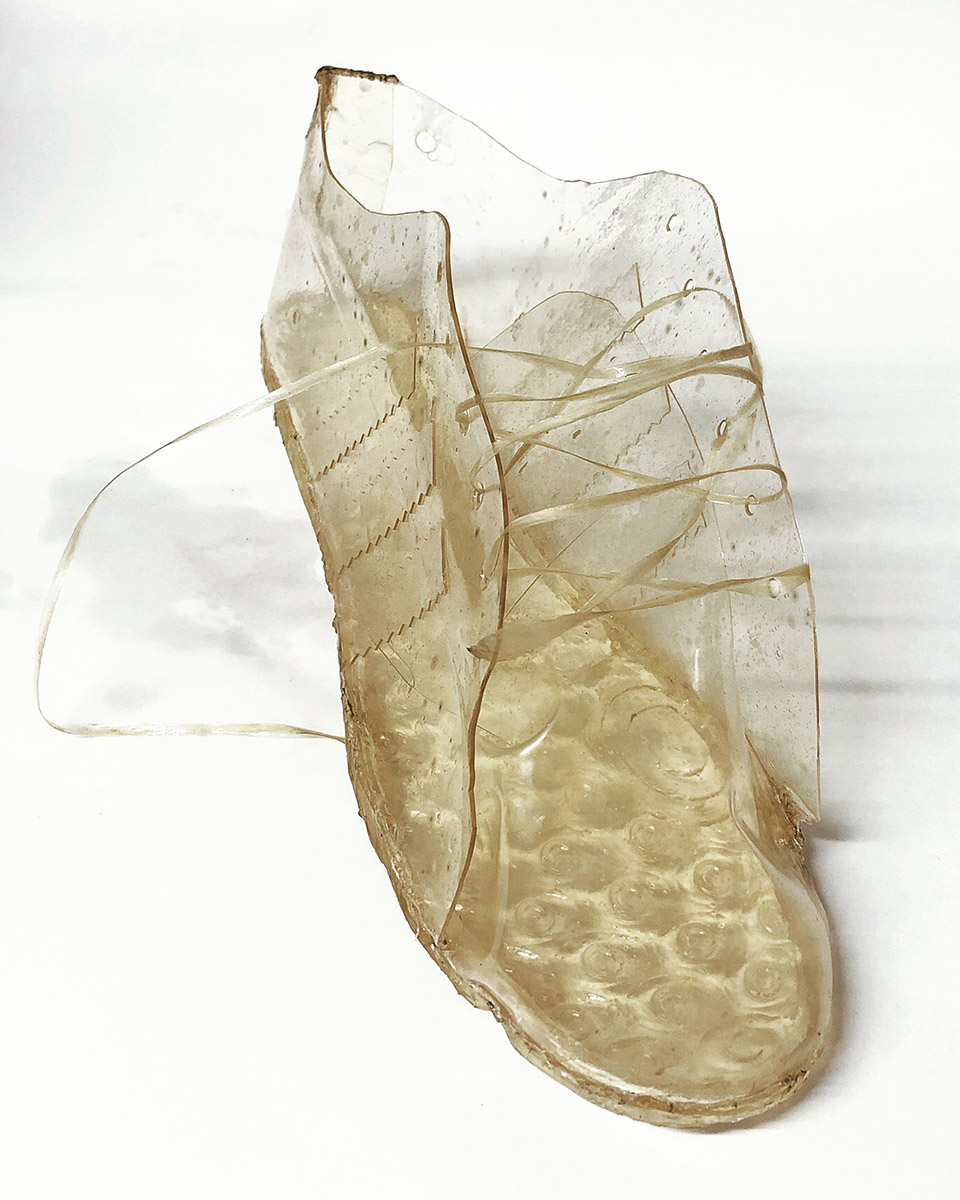 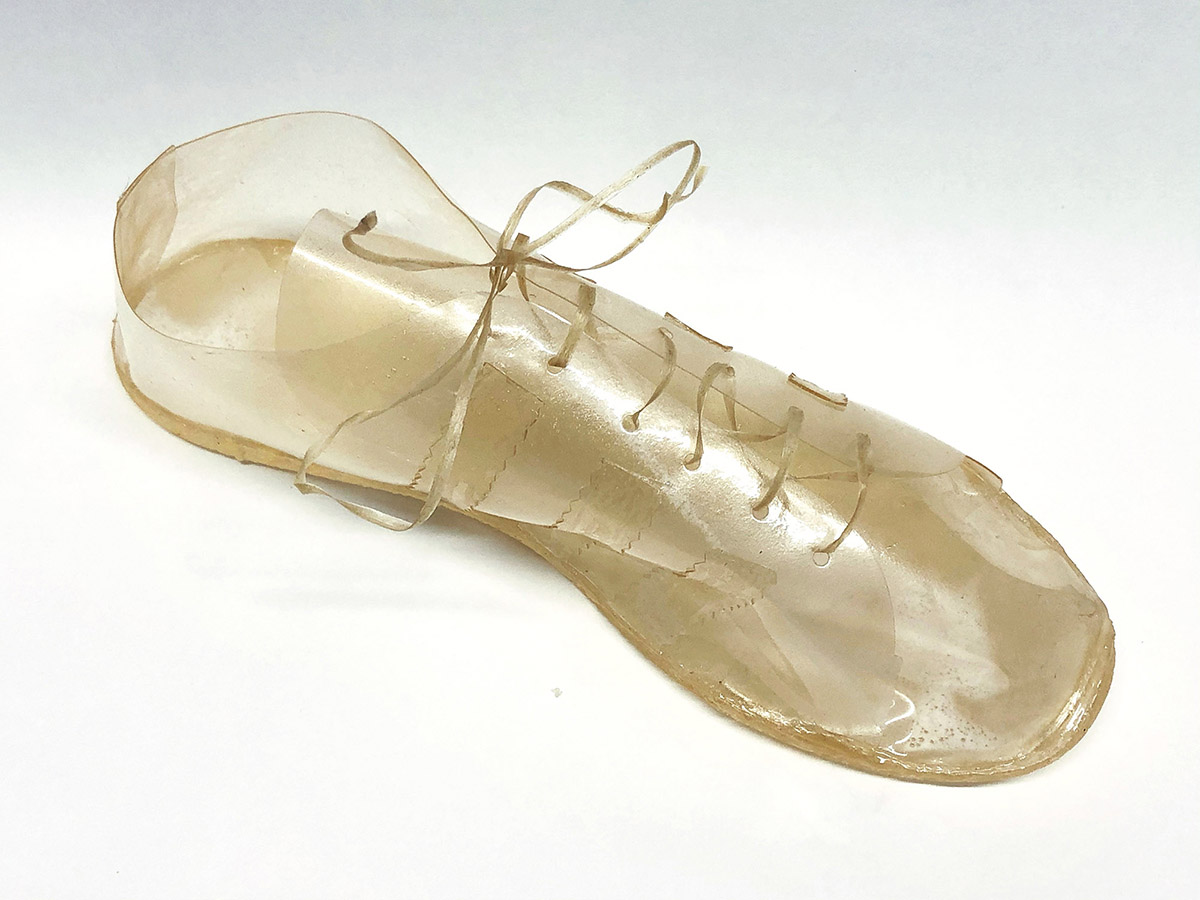 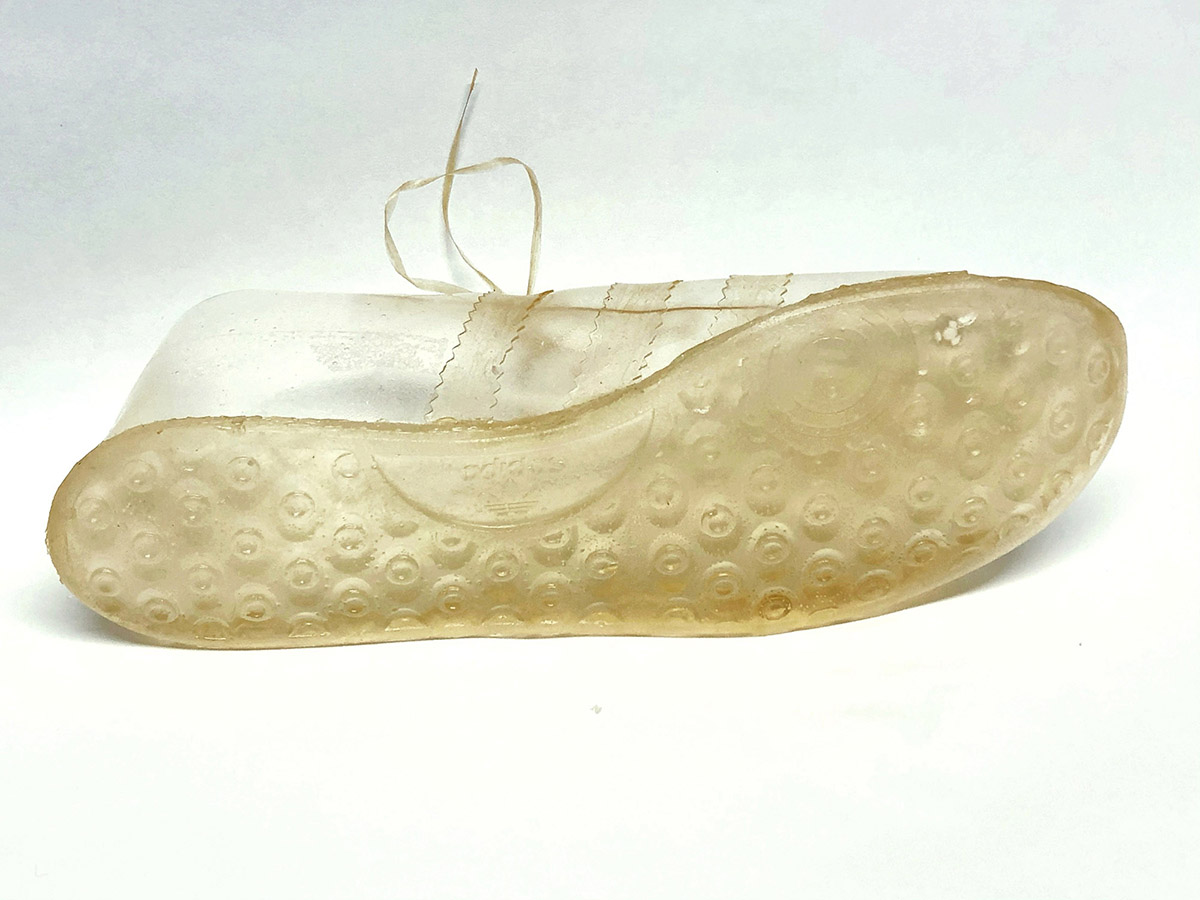