Katherine Akey is an artist and historian based in San Francisco, CA. Her work addresses adventure, the human spirit, and the negative space in personal and collective memory with a focus on polar exploration and the First World War. Her art practice includes photography, printmaking, fiber arts, and creative writing. She has an MFA in Photography from the International Center of Photography, was a Fellow with the Carnegie Council for Ethics in International Affairs with their project “The Living Legacy of World War One”, and teaches photography and art theory at both an undergraduate and graduate level.

The body of work “Witness Marks” is an exploration of the words of soldiers and civilians, from all levels of command and all combatants, that experienced the conflict of World War One. These pieces are produced using the archaeological archival tool of the epigraphic squeeze, a technique for making archival copies of inscriptions in the field. Some archaeological squeezes made in the early 20th century outlived the carvings they were made from initially.

My squeezes are a nod to these archives that live on beyond their original partners and an attempt to preserve the first-person experiences of a conflict that has fallen out of living memory. No memorials to the conflict were inscribed with the everyday observations of soldiers on the ground; instead, they often speak to glory, to sacrifice. By producing an epigraphic archive of inscriptions from non-existent or perhaps imagined memorials that could have or ought to have been made, I can bring some attention to the quotidian of war, to the daily experiences that can be overshadowed by the mythologizing of war that is particularly common in regards to WW1. The work is a commentary on memorials as well, whose function fluctuates from a site of mourning to a site of memorializing, eventually to a place of commemoration and then, in enough time, a totem to a forgotten event. 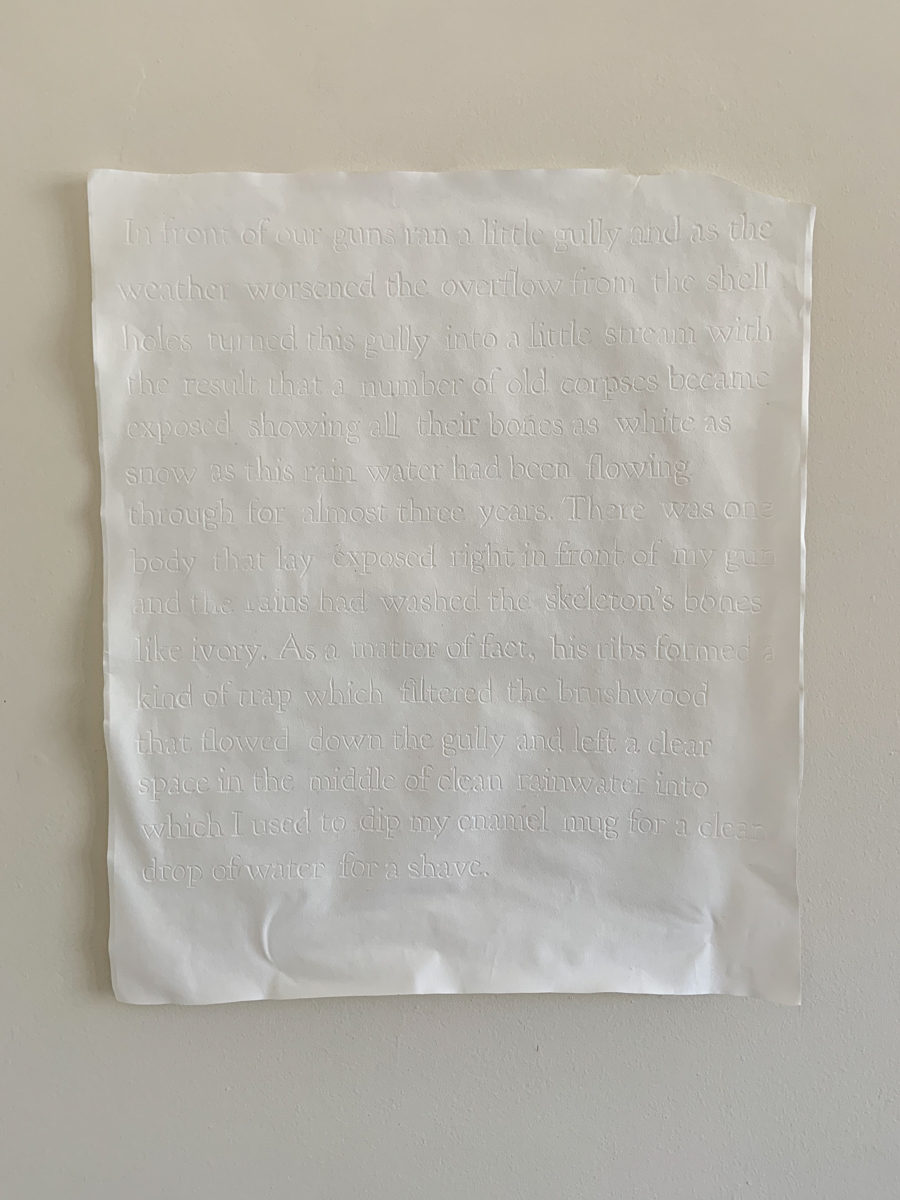 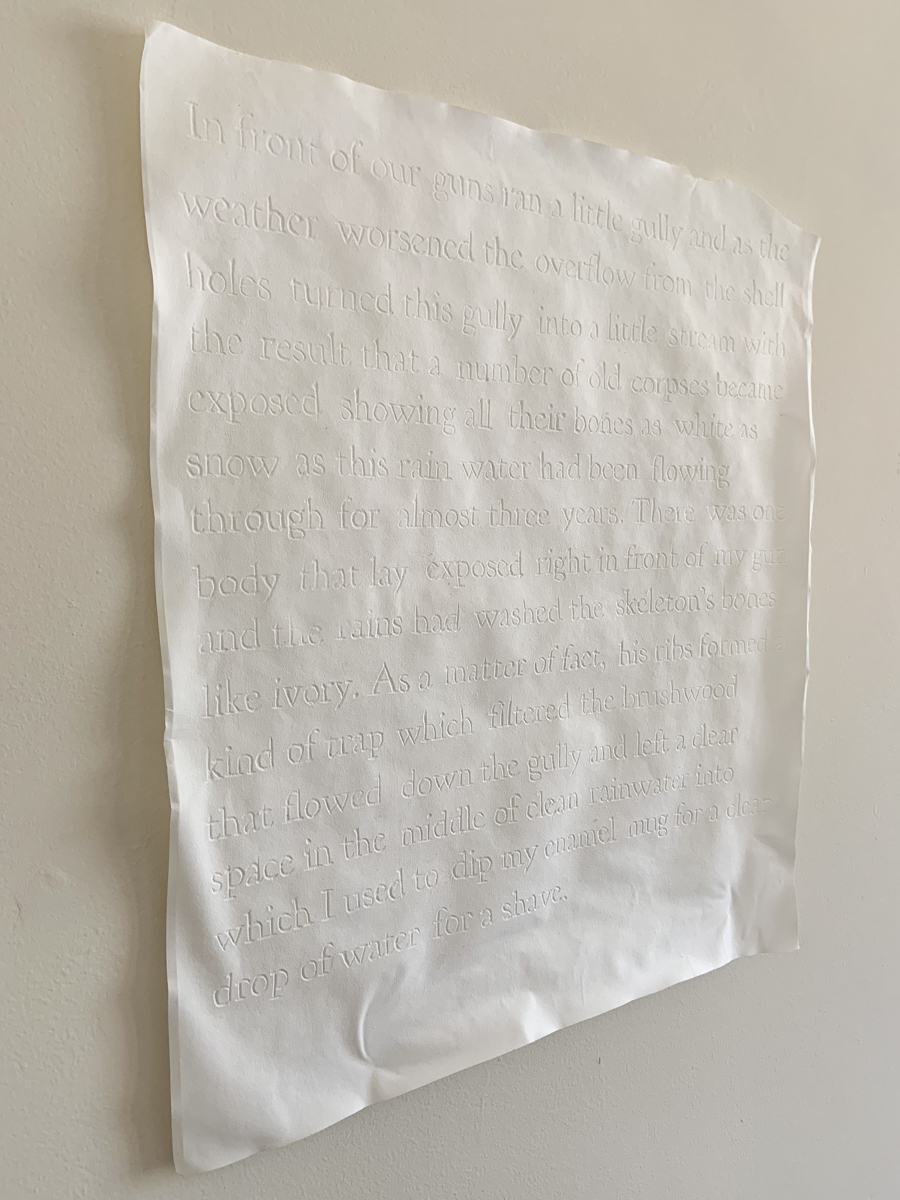 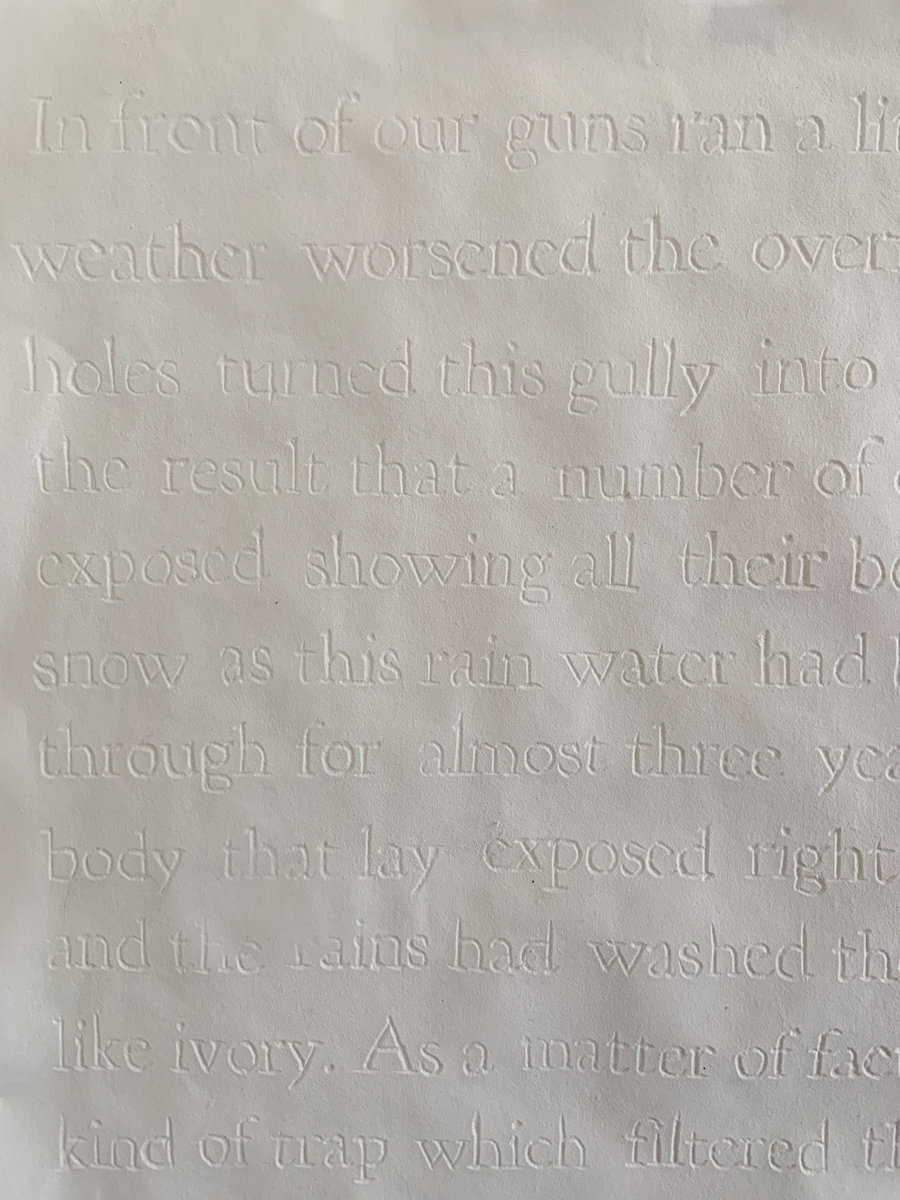