Big Yellow Stomach to Accommodate Every Bite of Disappointment 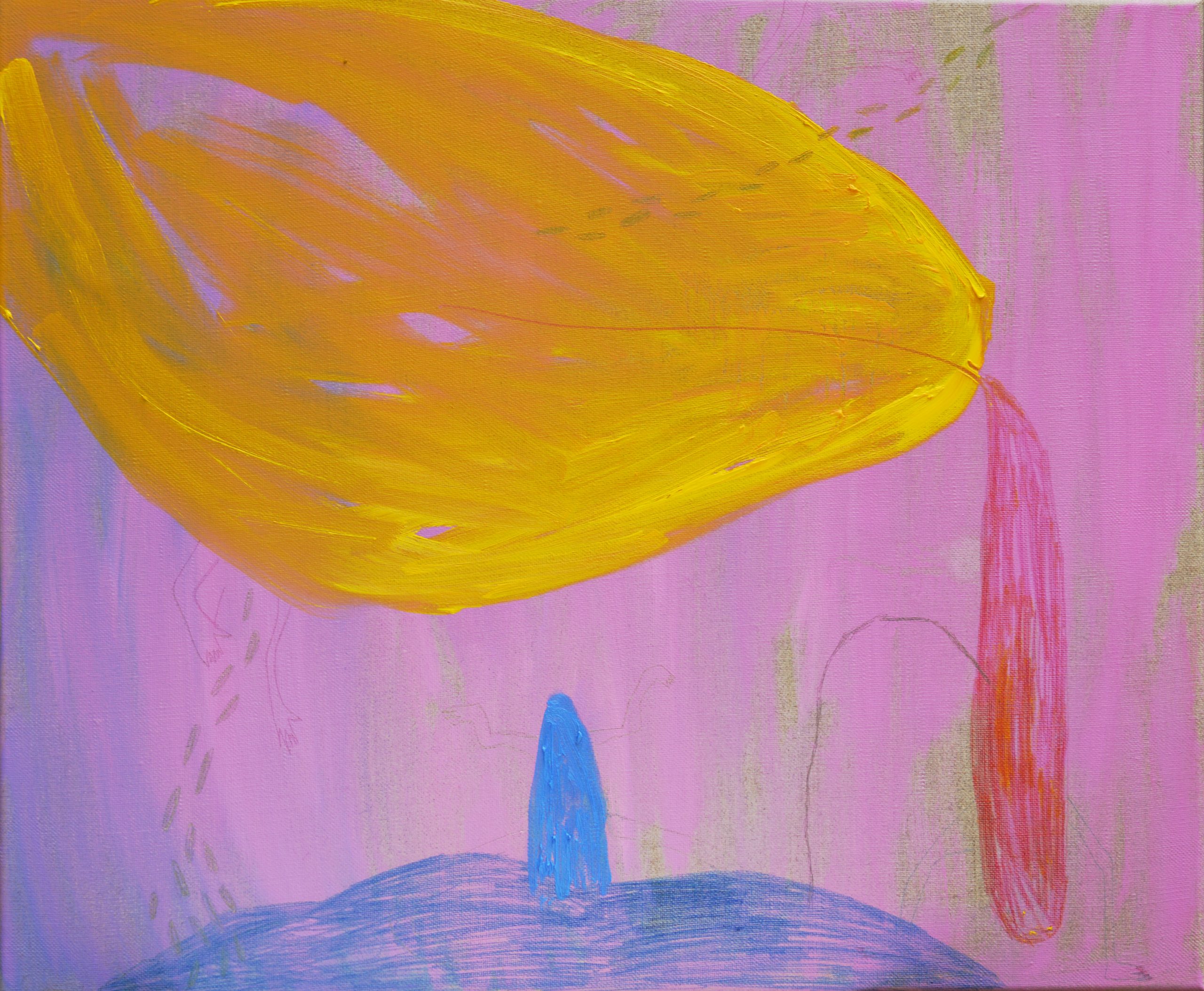 I once read that we still breathe Julius Caesar’s last breath. The particles he expelled as he gave his last breath on Earth still flow, recycled and relived through other lives. Could my breath, be it the air I breathe as I write this statement or my last, dying breath, mirror Caesar’s, and fill someone’s stomach with these particles, that physical testament of life?

‘Big Yellow Stomach to Accommodate Every Bite of Disappointment’ reflects on these musings. The three large forms, painted with bright colours, seem to gain life despite their stillness, interacting and overpowering. The red form, penetrating the bigger, incomplete, yellow shape, seems to be a liquid of sorts, flowing from the first form but then gaining a life of its own. It’s an energy of life, a primordial soup, a place without a will of its own, that despite all odds finds itself independent from its maker.

The blue, horizontal figure, reaches out to the other two, desiring to become one with them, but conscious of this impossibility. If they merge, they will lose themselves to become something else. They’ll become another colour, another shape, another entity. To become something else you must first lose a part of yourself. You become a cell, a breath, an idea that gains legs and walks independently, shaping into something else, absorbed into another being. It’s you, but it’s not you, despite being a part of you.

It’s a paradox. We can’t fill a stomach that was made to be empty.

Inês Miguel Oliveira lives and works in London. In her work, she explores painting through its articulation with objects, poetry and sounds.

They are riddled with narratives, brooding about the poetry of the mundane, the fragmentary nature of existence, the momentary, and self-analysis.