from “Reverberations of an absence” Series 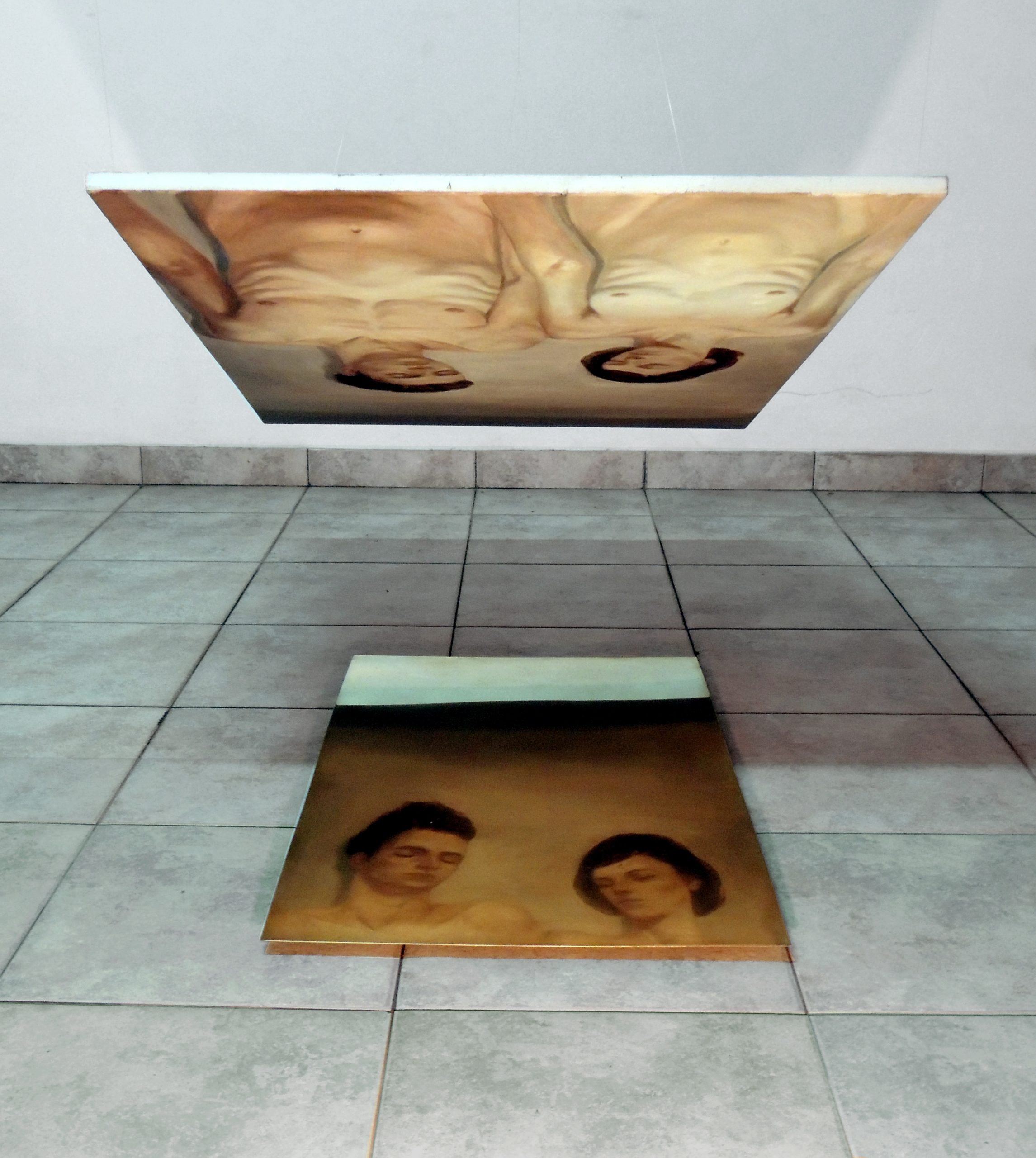 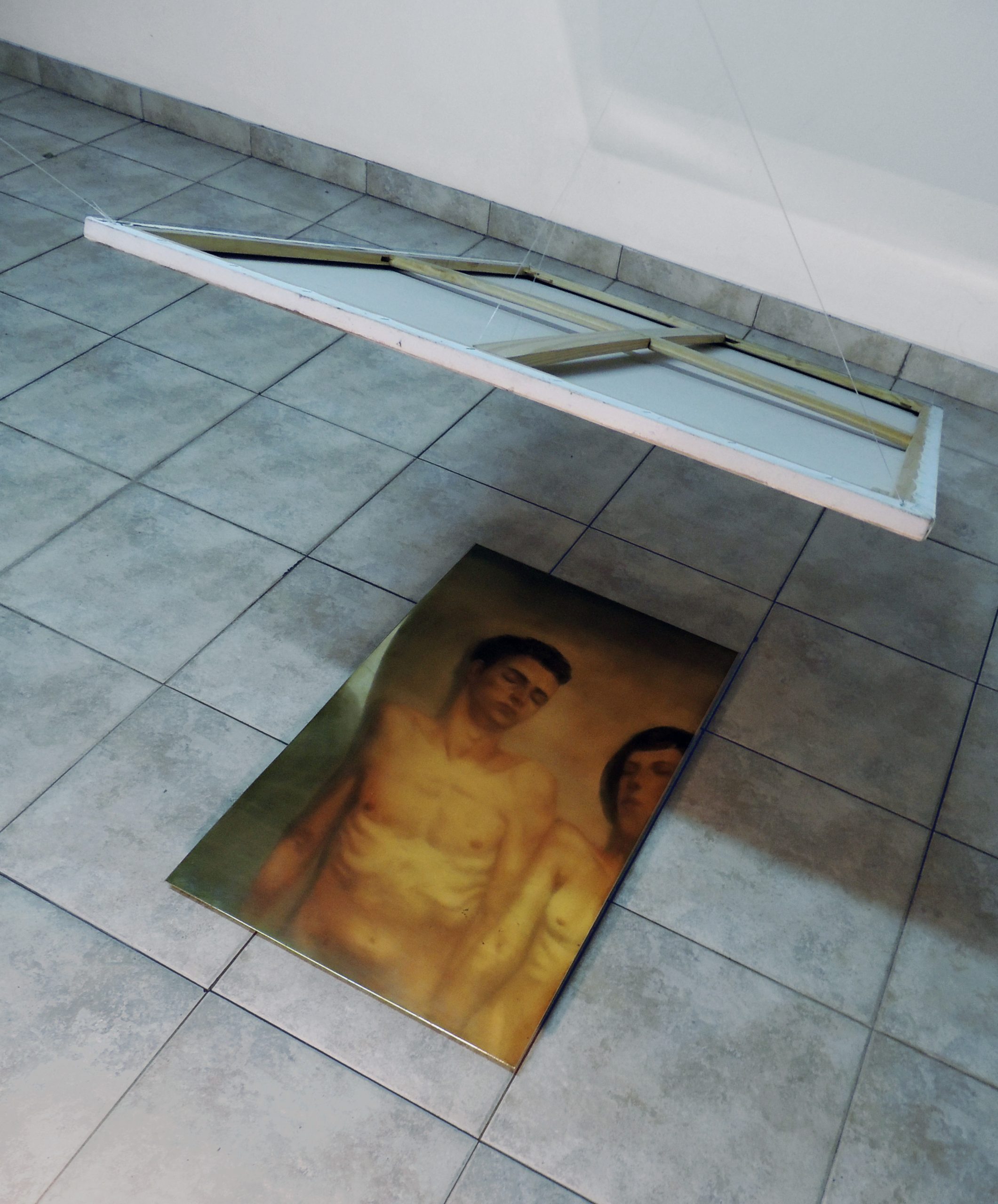 Not adjusted to the contemporary urge for immediacy and simultaneous screens, though aspiring to be omnipresent, the physical body progressively abandons its materiality and begins to circulate as a digital image. Obsolete and withdrawn, it migrates to the network of overflowing images and becomes a residue. Today, in pursuit of virtual hyperconnectivity, the physical body is displaced, made precarious or directly deterritorialized, forced to cross borders in order to survive.

In this context, the image is considered as a place that only a transgressed body can inhabit. A body that has abandoned its materiality to manifest itself through a different medium. The image is a refuge that allows us to do without ourselves…Just like a reflection, the first natural medium to dislocate the unity of being and provide the subject with some distance to see itself as other.

In this installation, the paintings reveal the bodies in bronze plate before the real painting. In the experience offered by these work, the painting ceases to be the object of contemplation in order to become a medium that is part of a more complex system in which the viewer actively intervenes. As a result, the whole painting as an object takes on presence as a body. The tension between the object and the illusory space occurs because the reflection deepens the illusion while the mounting of the painting reveals its objectual character. The duplicated image is perceived as a strange fold between reality and representation, a dream place inhabited by inert bodies.

Ciro Fagioli is an Argentine artist born in Buenos Aires in 1992. He studied at the National University of Arts (UNA) of Buenos Aires. Some of the themes that give shape to his artistic process are the interest in the human figure, the understanding of painting and drawing as disciplines that -even today-can offer other ways of saying, and the exploration of materials, formats and procedures that allow him to examine the power of the suggested. By intersecting these ideas, he seeks to question the representation of the body from a contemporary perspective, relying on the concept of “interference” to refer to the diffuse, elusive and fragmented body of the contemporary world.

He creates a spatial and temporal suspension for the bodies that inhabit his works to exist without being fully revealed. These almost ghostly figures appear in a strange atmosphere between here and beyond, between exhibition and retreat, floating across an intermediate state similar to dreaming, the state of trance or introspection.