laura c carlson (they/them) is an interdisciplinary artist-researcher dedicated to multispecies justice. carlson received their MFA (2017) from UPENN and BFA (2013) from Creighton University. carlson is an upcoming resident at KAIR, Nepal and most recently attended residencies at BigCi, AUS, Wassaic Project, NY, and Montello Foundation, NV. carlson has participated in group and solo exhibitions, has lectured and held workshops nationally and internationally. carlson recently received a 2019 Puffin Foundation Environmental Award and their work is included in the upcoming 2021 edited volume Intimate Relations: Communication (in) the Anthropocene. carlson parents seven chickens and two cats in Albuquerque, NM.

Lotic Possibilities is an installation dedicated the five endemic and imperiled or extinct species of freshwater mussel of the Rio Grande, one of the top 10 most endangered rivers in the world, as well as a geographic border between the U.S. and Mexico. These mussels are threatened and vanishing because of overirrigation and habitat destruction. The installation consists of 10 carved glass panels (layered) which cast drawings shadows on the wall, a publication, and a concrete memorial to the last New Mexico freshwater mussel, the critically endangered Texas Hornshell made with water from the Black River, the only river in New Mexico the Texas Hornshell still lives.

Concrete casts of shells of the Texas Hornshell mussel, a highly endangered and the only remaining endemic mussel to New Mexico. Concrete, the 2nd most used material in the world, is constituted of some of the same elements as a mussel shell: calcium carbonate. The calcium carbonate of concrete is mined limestone that was created by the thick layering of shelled life, including mussels, over the course of millions of years. The water used with the concrete mix is from the Black River, the small tributary of a tributary of the Rio Grande in which the Texas Hornshell lives. 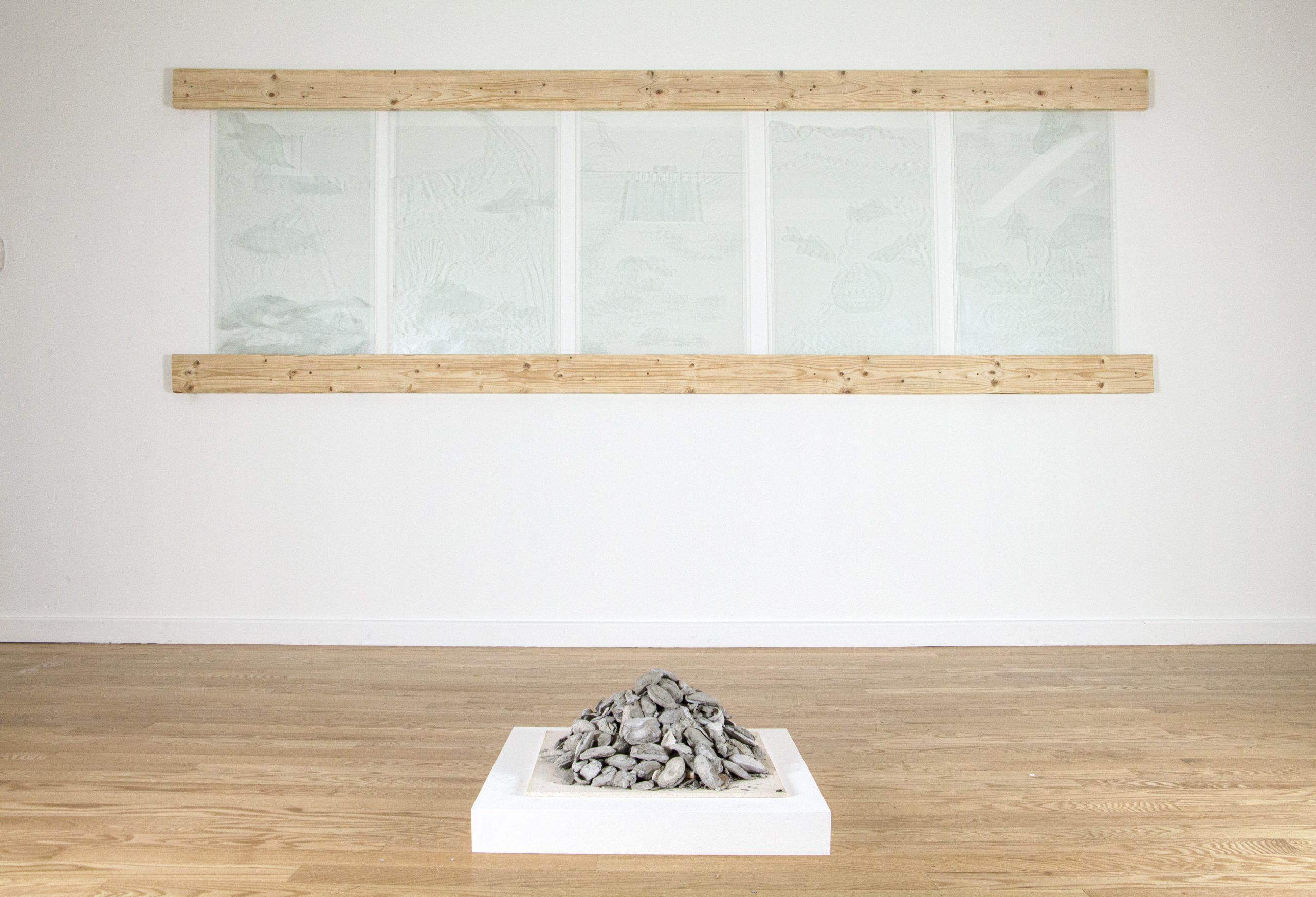 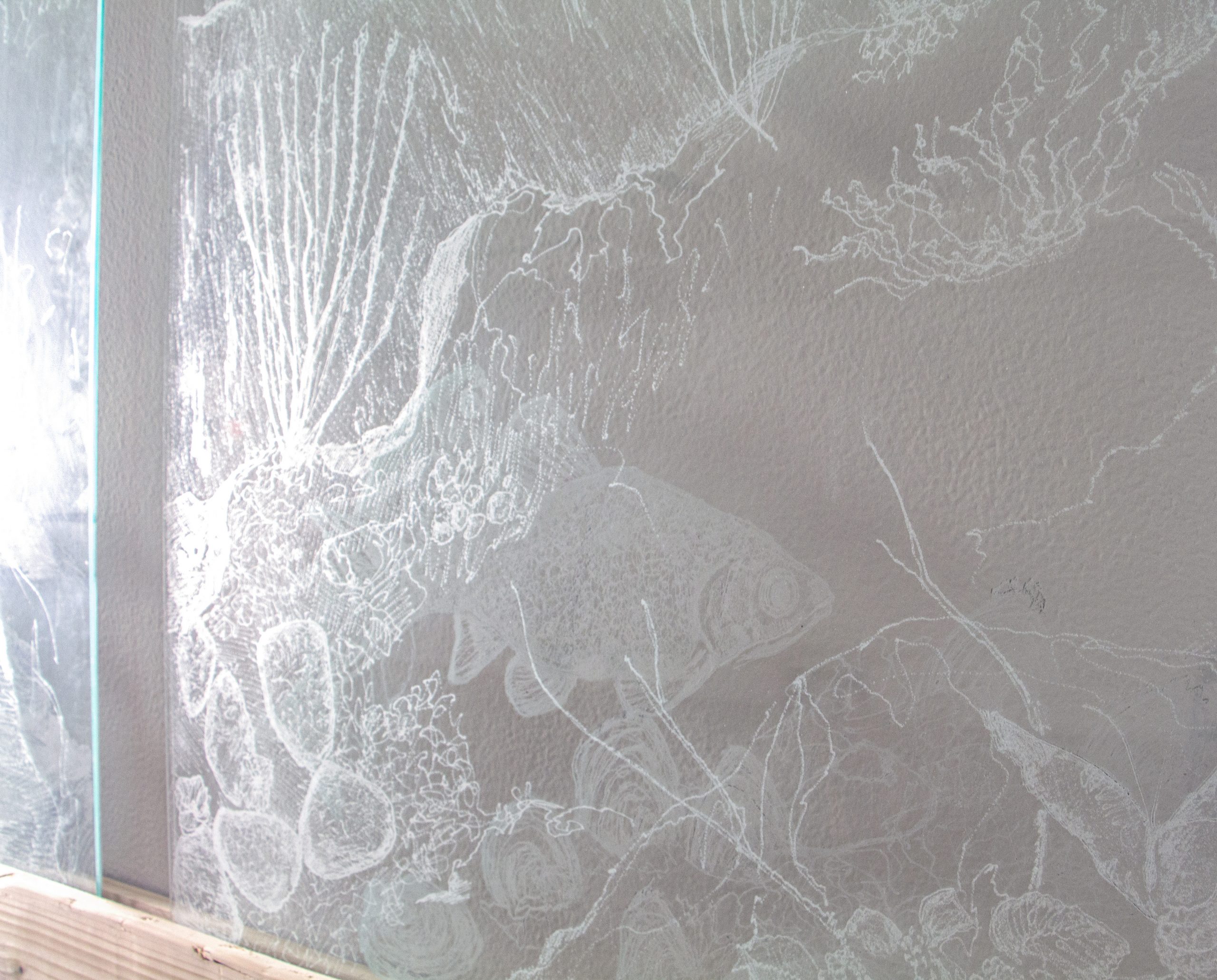 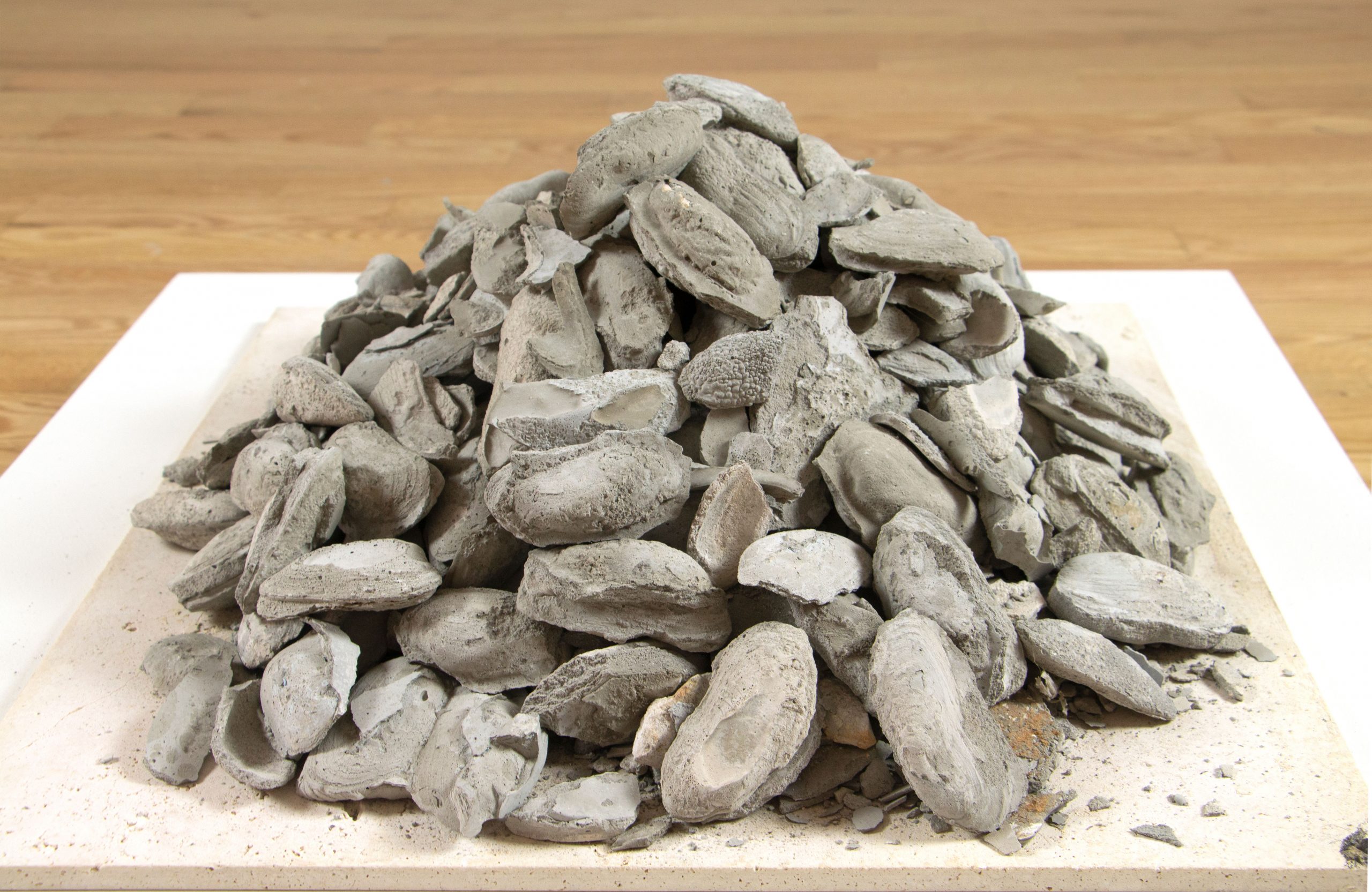