He founded/presides the NGO, OASIS.
+250 print shows around the world.
+200 International Awards/Recognitions.

A child sleeps on the floor of his house about to collapse, destroyed by coastal erosion on Afidegnigba beach. Sea levels off the coast of Togo and other West African countries continue to rise and swallow up everything in their path. Vanishing homes, crops, roads, trees, schools, jobs, resources… lives.

However, the shore of this small country in the Gulf of Guinea is only one part of the massive problem that affects more than 8,000 kilometres of seacoast in 13 West African countries. Punished by global warming, rising sea levels are forcing the ocean floor to readjust by removing sediment from the coast and washing it away from the shore. This causes marine erosion capable of devouring dozens of meters of land each year.

As a result of this global problem, thousands of people have seen their children become homeless because the families have been forced to leave their homes and migrate inland to avoid certain death. Many thousands more await their inexorable future… That next rising tide that takes everything away. 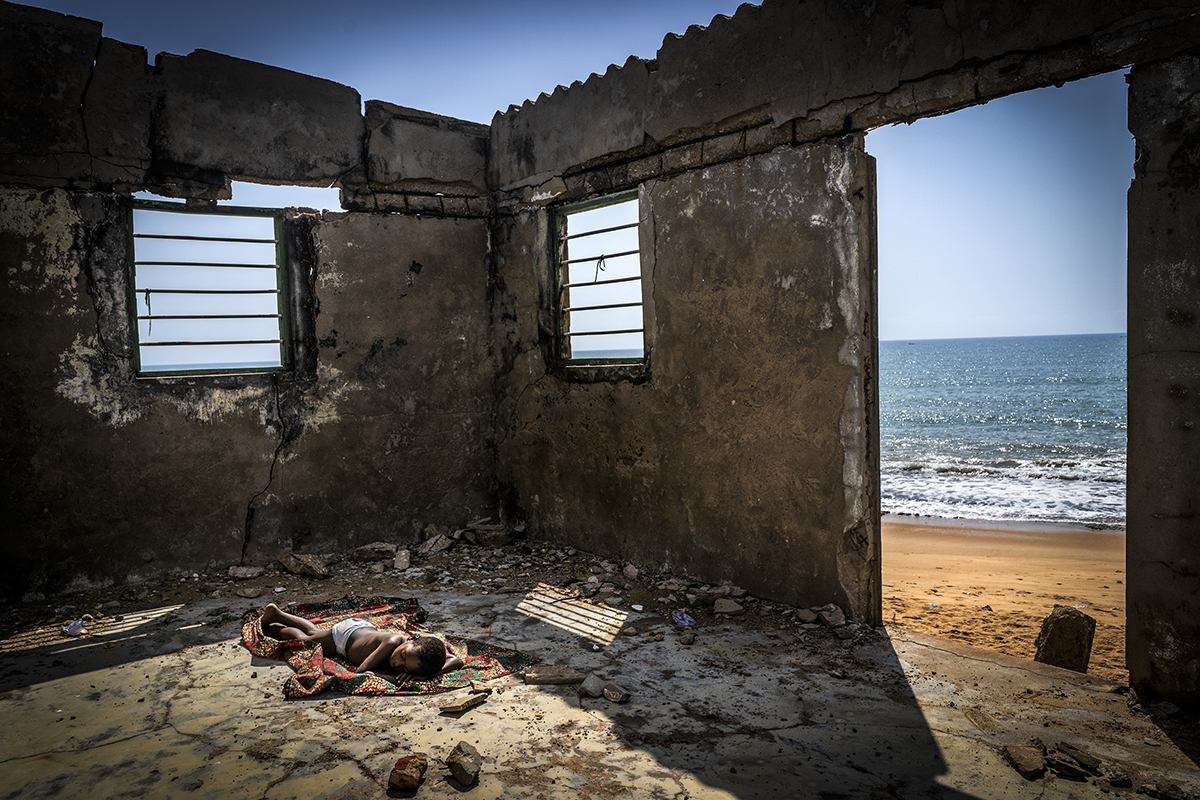