Annika Berry (b. Portland, Oregon) is an interdisciplinary artist and researcher working through video, text, and performance. Regularly collaborating with non-artists in person and on internet platforms such as Craigslist, her projects combine elements of documentary, improvisation, and narrative fiction. Annika is currently based in Brooklyn, New York, and aside from her solo practice, she also performs and exhibits as part of the collective known as My Husband.

In 2017, I worked as a live-in caregiver for a woman suffering with dementia. Through the progression of her memory loss, each day she would sit down and play a song on her keyboard that she had composed fifty years prior. The Rehearsal project begins with an audio recording made on my phone of her playing one day. There are moments in the recording where she strays from her composition, eventually hearing her way back into the melody. The following year, I worked with a musician to translate the recording into musical notation, preserving each irregularity or “slippage” faithfully to her playing. While her memory continued to wane after the recording was made (eventually obstructing her ability to play), the score preserves her performance of the song on that very day, at a midpoint in her forgetting.

Working in collaboration with pianists and keyboard players across the internet, I ask musicians to record themselves sight-reading the score, transcribed exactly as she had played it. While dementia is often stigmatized—we refer to the mind as “failing”—this collection of videos aims to consider the speculative potentials of memories to be passed, held, translated, shared, improvised, and bolstered through community transference and engagement. Rehearsal speaks to the process-driven nature of this ongoing work: a cumulative practice that simultaneously refutes and accepts the loss of a memory. 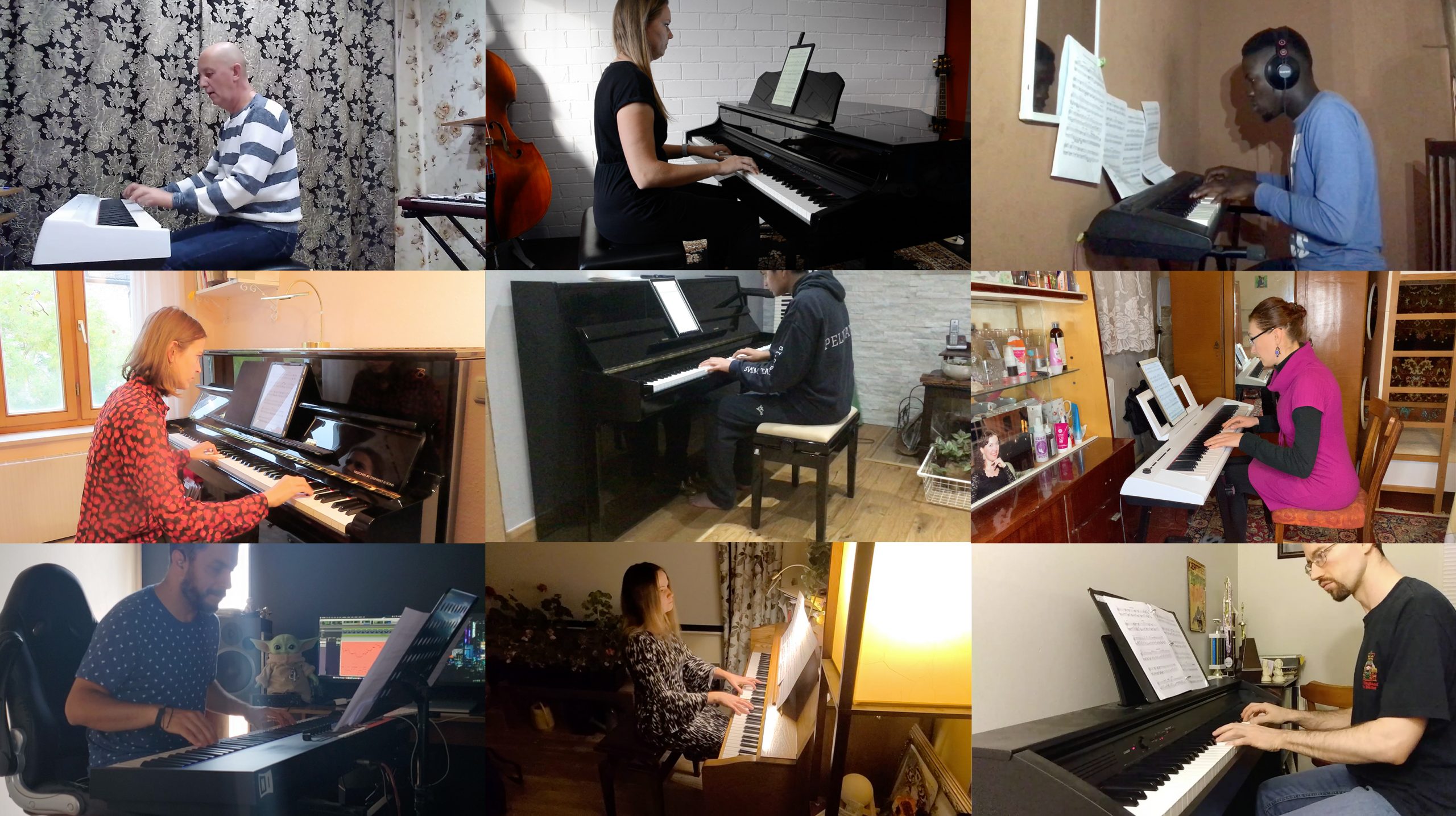 This is an image of a selection of video stills from this project. Each image represents a full-length video that is part of the Rehearsal archive. Currently, there are 21 videos in the archive, and additional collaborations are underway. 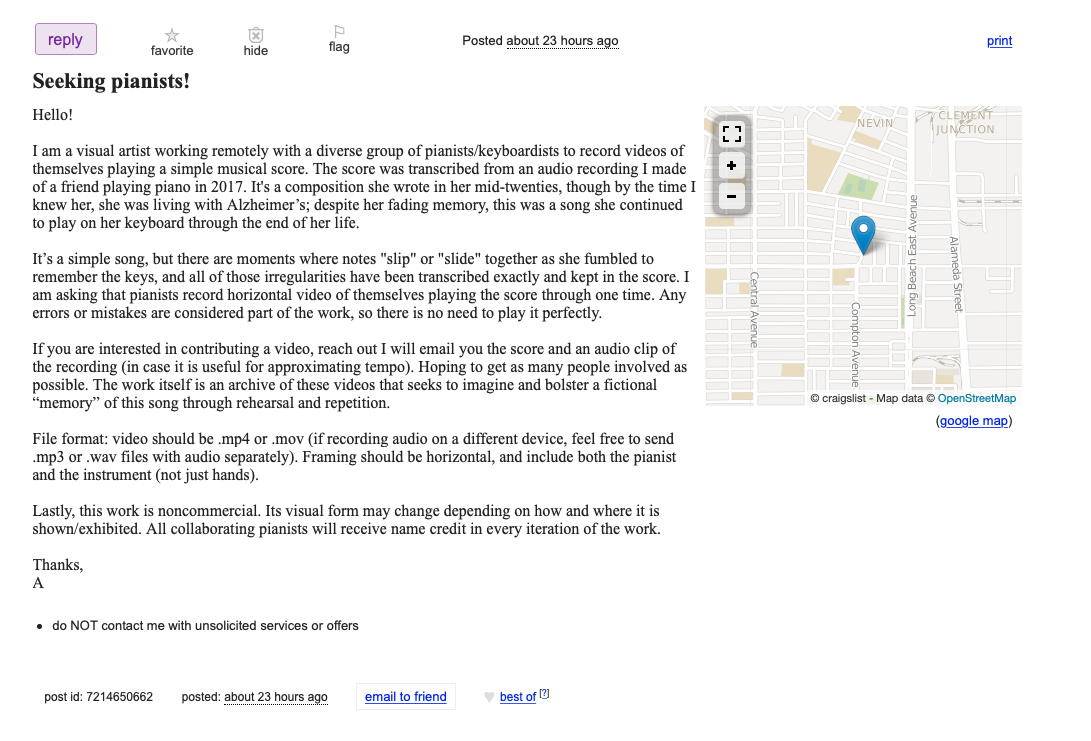 Seeking Pianists (Craigslist post) – This is an example of how I describe the project and connect with musicians online.